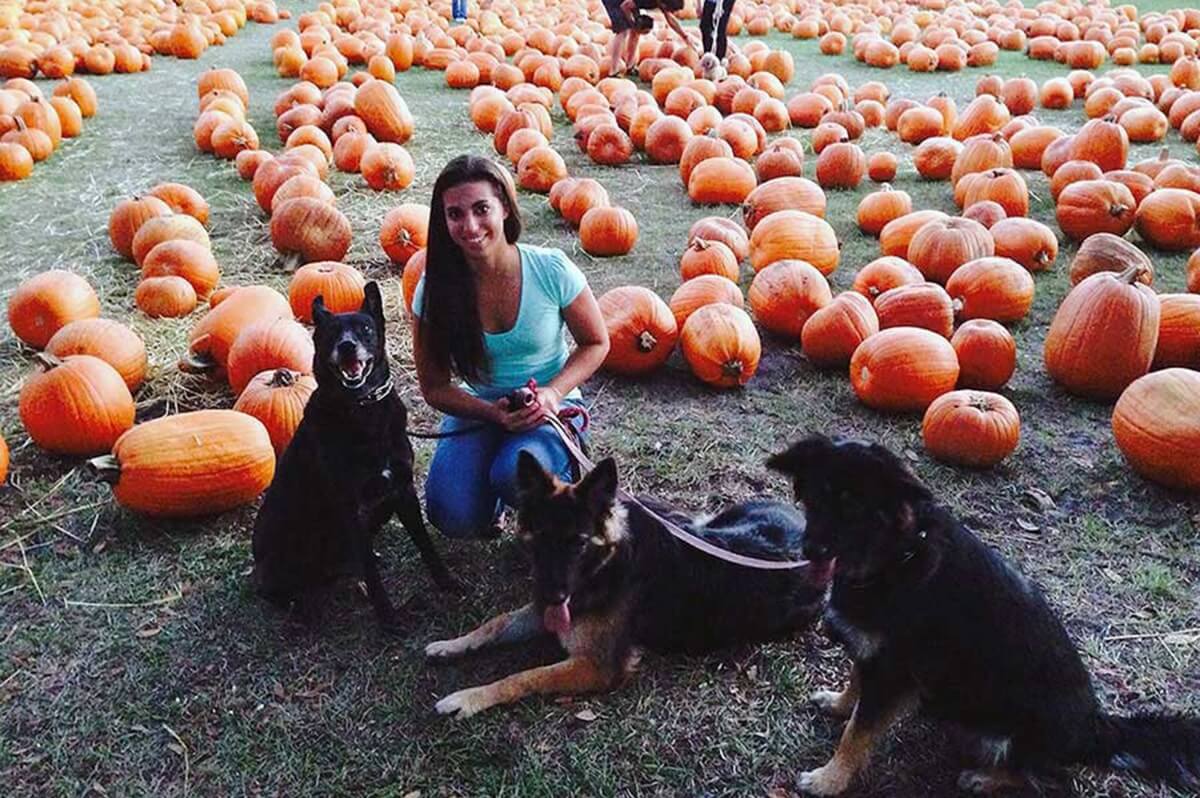 I got Kyle when he was 8 weeks old from a rescue organization. He was sitting in his food bowl looking cute and innocent. Ironically, when we got him home, he was anything but. After a couple months, he was already showing signs of aggression over food, over toys, and over our family. Since we were unaware of how to control this aggression, we let him get away with it and our answer to the problem was always to leave the dog alone. When he got older, this became an issue because my 50 pound black German shepherd mix was terrorizing the world. He bit, he urinated in the house, he growled around his food, he ran away, he chased cars, he pulled me down the street. He was a terror! After a bite which hospitalized a worker we had in our home, and other minor incidences that he racked up over the years, we decided to seek a trainer.

Trainer #1 was 1000 dollars. She was strictly e-collar training which worked wonders with his obedience, but did nothing about his aggression. Using the e-collar he would sit, stay, down, come, every time but it never got rid of the dominance. After 3 sessions with her, she told me to put him down because he "couldn't be fixed".

Trainer #2 was another $1000 but a little better. She at least gave us insight about why Kyle was aggressive. He was dominant, fearful, anxious, and had no leadership. Unfortunately, she was afraid of him the second she saw how bad he was. She also recommended we put him down.

I knew that Kyle was not a bad dog. Actually, he was a great dog when I was alone with him. He was loving and loyal and I could not bring myself to kill him. So a month before his euthanization appointment, I called Shawn, who came to my house right away to evaluate Kyle.

Shawn's technique is simple. Who you are to your dog is everything. He taught us how to psychologically, not physically, control Kyle. He taught us to be his pack leader, and showed us that if Kyle understood we are in charge of every situation, he would find his appropriate place as the follower. And he did.

My dog, who I NEVER had around people this year climbed a mountain with myself and my school. Over 1,600 students and he followed right along. He passed other dogs, tons of children, and kept looking at me for reassurance that he was doing the right thing.

Even when Kyle had a slip up, Shawn took him for a week to live with his pack of dogs who, once again, showed Kyle who was in charge. And once I got him back and continued my work and the new techniques Shawn had given me, Kyle became a fabulous companion. I can put my hand in his food bowl, I can put him in his "place" and he will stay there even if another dog walks by. He doesn't chase cars, run away, chew the entire house, urinate all over the place, or do any of the behaviors he use to do any more. Now, that great dog I knew he was is all that I see when I am with him. Today, Kyle lives with me at my apartment at school where he takes visits to campus for walks, plays with the other dogs my landlords have, and gets a long with a horse and a donkey on the farm. With the leadership I present Kyle with now, my confidence in handling him, and my understanding of his body language and behavior, Kyle has become my very obedient room-mate at school!

Thank you so much Shawn. You don't understand how much you have helped us and how much I appreciate everything you've done for Kyle, the dog you took off of puppy death row and gave another chance at life to.