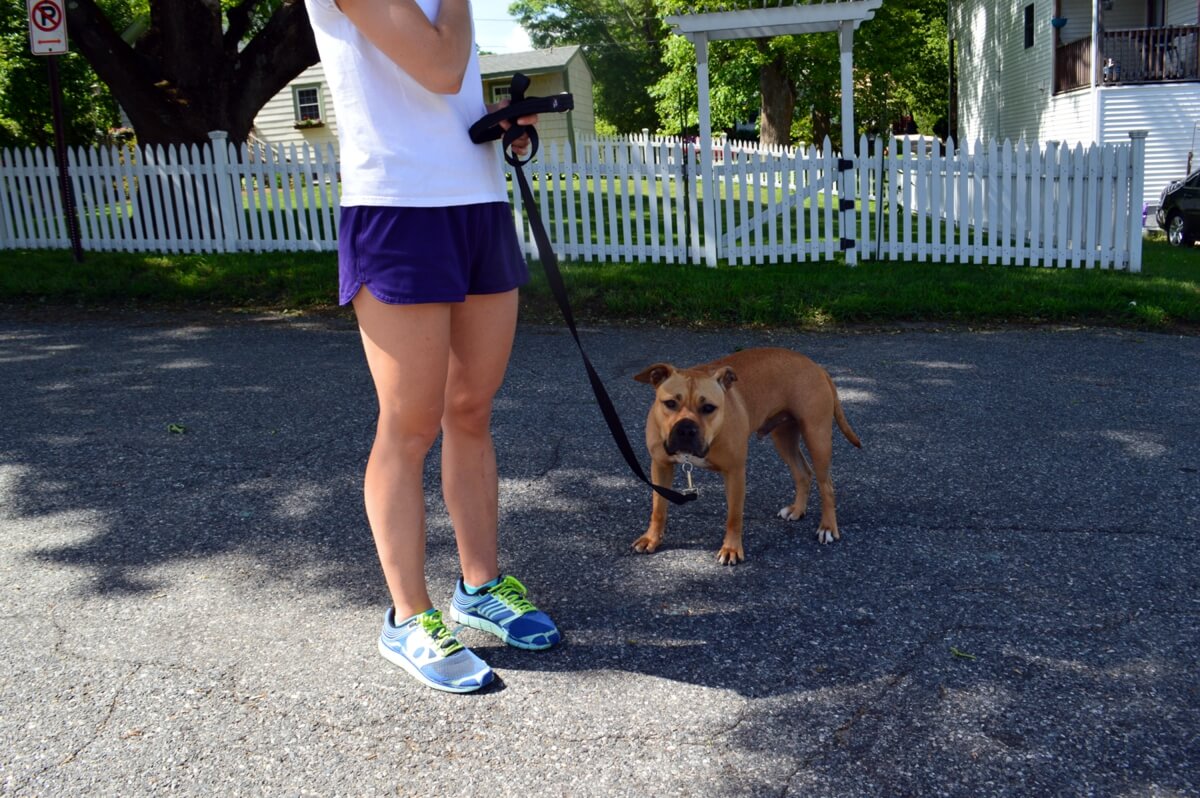 Rebecca (not her real name) called BBDT to have me come out and show her how to train her dog. The issues? Pretty standard issues ... jumping, nipping, destruction, house-soiling, pulling on the leash, etc. As I always do, I arrived and immediately began the process of learning about the dog and gaining his trust and respect. And as is often the case, Rebecca was concerned because I made no overtures towards the dog in order to gain friendship, trust and respect. Instead, I simply stood there quietly and allowed Fido to sniff my legs, my shoes, etc. Fido was completely captivated by the information he was gathering. His tail was wagging and his body relaxed but he was also obviously wary of my reactions. He was in a calm, alert, curious, friendly and respectful mental state.

Meanwhile, Rebecca was a different story. She was constantly talking to the dog in a high-pitched voice. "Good boy, Fido! Who's that?" Until I "shushed" her abruptly. Stunned into silence, Rebecca became silent and stood nervously a few feet away.

Once Fido had gotten all the information he wanted, he simply turned and calmly walked away and found a spot to lie down. I then was able to have a conversation with Rebecca. "So", I began, "tell me about Fido and what's going on with you and him."

What followed was a story full of anxiety and fear. Rebecca was afraid that Fido would jump on a stranger, or worse, bite someone. "Why are you concerned about that?", I asked. After all, Fido had greeted me in perfect peaceful dog fashion and was quite polite.

"I'm just so nervous and afraid that he's going to do something ...", she said. "And so what do you do when he jumps?", I asked. Rebecca's words came cascading out in a rush of nervousness and anxiety. "Well, usually he is friendly and he just wants to say hello and I tell the other people that he's friendly ..." I held up my hand to interrupt her and ask again. "So, what do you do when he jumps?" "The other trainer told me to hold my arms in to my chest and turn my back and ignore him until he sits and then give him a treat."

I asked again, "So, what do you do when he jumps?" Suddenly Rebecca understood the question. It wasn't about what she should do, or what she was told to do, or even why the dog was jumping. All of those concerns were causing Rebecca to be completely ineffective at letting Fido know that he should never jump on people and should remain calmly at her side when walking or even greeting people. "I don't know. Lately, I just avoid people and I change from my work outfit in the garage so I don't have to worry about him ruining my dress when I come into the house."

I guess the incredulous look on my face made us both laugh. Was she talking about the dog that calmly said 'hello' to me in 'dog talk' and then peacefully walked away and laid down on his mat - and was now fast asleep? Apparently, Rebecca had just missed what happened right before her eyes; she was so concerned that Fido might do the wrong thing.

Rebecca had been inadvertently creating excitement by constantly talking to the dog and maintaining a tight leash while allowing the dog to go wherever he wanted to go. When not on leash, Rebecca had been following Fido around and trying to get his attention with treats. When on leash, Rebecca could only hold on desperately and reluctantly allow herself to be dragged wherever Fido's excitement led them. Fido would simply drag Rebecca along to whatever he wanted to get into.

Fido was a friendly dog, and so no trainer had told her that it simply didn't matter; that whether the dog wanted to lick someone or jump on them or bite them was less important that her acquiescence. What was important was who decided.

The answer? A program set up so that Rebecca would learn to influence her dog rather than be influenced by him. Rebecca began to learn to relax - physically and mentally - and to actually SEE what the dog was doing. That alone greatly improved Rebecca's ability to influence the dog's behavior and attitude and have the dog respond to her.

The rules we put into place were:

Be silent unless there is a specific reason to talk to the dog (affection is an acceptable reason, of course). However, 'nervous chatter' seems to signal to that dog that the handler is unsure, and insecure.

Maintain a loosely hanging leash at all times. Often that meant that Rebecca needed to correct Fido towards her and away from other people or things rather than extend the leash or worse - allow Fido to drag her along.  The secret was in how that was done. Rather than drag (or attempt to drag) the dog away while the dog strained and struggled to reach the stranger, Rebecca learned to correctly snap the leash so that it was informative and communicative to the dog - and to see when there was a response. She learned to look for acknowledgment from the dog so that she would see when the dog was actually responding to her voice, movement and touch (leash correction).

Be honest with the dog at all times. Tone of voice, body language, etc., all play a major part in communication. Rebecca learned that there needed to be a difference in her voice and demeanor when she was approving of or disapproving of the dog's behavior. She also learned when it was appropriate to touch the dog and how to do so correctively and well as affectionately. Most importantly, she learned that there needed to be a clear difference. Rebecca also learned that that difference need not include abuse or over-correcting. There was no need for yelling or treats. There was no need for 'redirecting'.

Those were the rules, and after a couple of hours of instruction and practice on how to set and enforce these rules, I left Rebecca and Fido with an appointment for the following week.

Rebecca set out to get her relationship with her dog on the right path and did everything I showed her. When we met again one week later, she was ecstatic. "We walked by people and dogs and Fido just wagged his tail and kept walking with me. It was amazing!", she said. "And what did you do?", I asked.

"I remembered that you told me to simply accept Fido's peaceful behavior as if it was the most natural thing in the world, and I just kept walking."

There are basically three general interactions. They are: approval, acceptance and correction. Rebecca had learned when acceptance was the right choice rather than approval (reward, affectionate petting, excitement, etc). She learned to offer 'approval' when Fido did something she asked or commanded such as "come here", or "sit", or "shake hands". She learned to offer 'acceptance' when Fido simply was calm and did what he was supposed to do as a peaceful member of society. And she learned how to give a 'correction' when Fido needed to learn not to do something (or be reminded that it was not acceptable).

Who you are to your dog is everything...