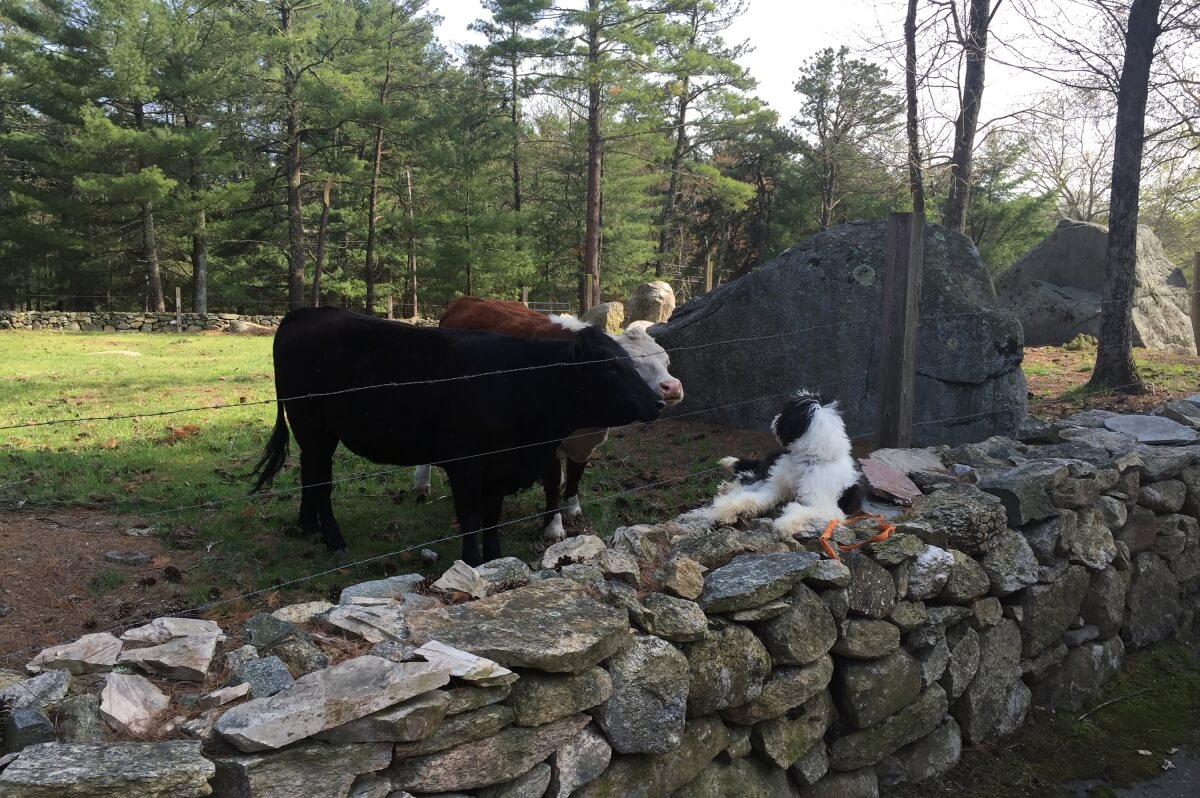 We humans often over-think situations and 'over-read' dogs' communication and body language. For example, it's "conventional wisdom" that a dog that has its tail tucked between his legs is afraid. The truth is that the tucked tail is only one component of a full range of information shown by that behavior in the moment. In any case, the most important factor at that moment is the response of the handler and/or the other dogs around that 'fearful' dog.

Keeping in mind the totality of the circumstances, I will handle fearful behavior in any of several ways, listed here in decreasing likelihood. In all cases, the over-all goal is to have the dog calm down enough to trust my judgement and be obedient.

I might 'over-rule' that apparent fear by showing the dog that there is no reason to fear and guiding him through the situation. This is my most-used strategy, because in most cases the fear is rooted in unfamiliarity.

In other circumstances, I might remove the dog from the situation if there is no way to control the situation.

Or I might remove the fearful catalyst. This is the least likely to be used because it is sometimes impossible, doesn't allow the dog to learn from the situation and often reinforces bad behavior.

The most important factor in all of these choices is the handler's responsiveness, awareness and leadership. As the handler, the goal is to work the dog through the fearful responses and teach the dog to trust and be obedient in all situations. This means that the handler must first be compassionate and fair, but also firm enough to over-rule the dog's objections with wise compassion. The handler must be mentally and emotionally present enough to make the right decisions moment by moment for the long-term well-being of the dog and the good of the group (handler/dog, family, etc.).

The handler must be willing to 'argue' the case ... that is, given the situation and the dog's signals, he must respect and respond to the dog's fearful behavior without automatically acquiescing to it. In the end, the dog must be obedient because that is what will keep him safe. The dog that doesn't trust the handler will make bad choices - running away, 'shutting down', or attacking the fearful object can lead to injury or even death.

Being overly sympathetic and acquiescent to the dog's fearful signals can have the effect of reinforcing the fearful behavior. Being un-compassionate and disrespectful of the dog's fearful behavior can lead to a breakdown in trust between dog and handler. A balance must be found - and the balance must lean towards moving forward and overcoming the fearfulness and learning to trust the decisions of the handler.

With a sensitive touch and compassionate leadership, most fears can be overcome in a short time.

Who you are to your dog is everything ...