Wanna Be the Pack Leader? (Bullies need not apply) 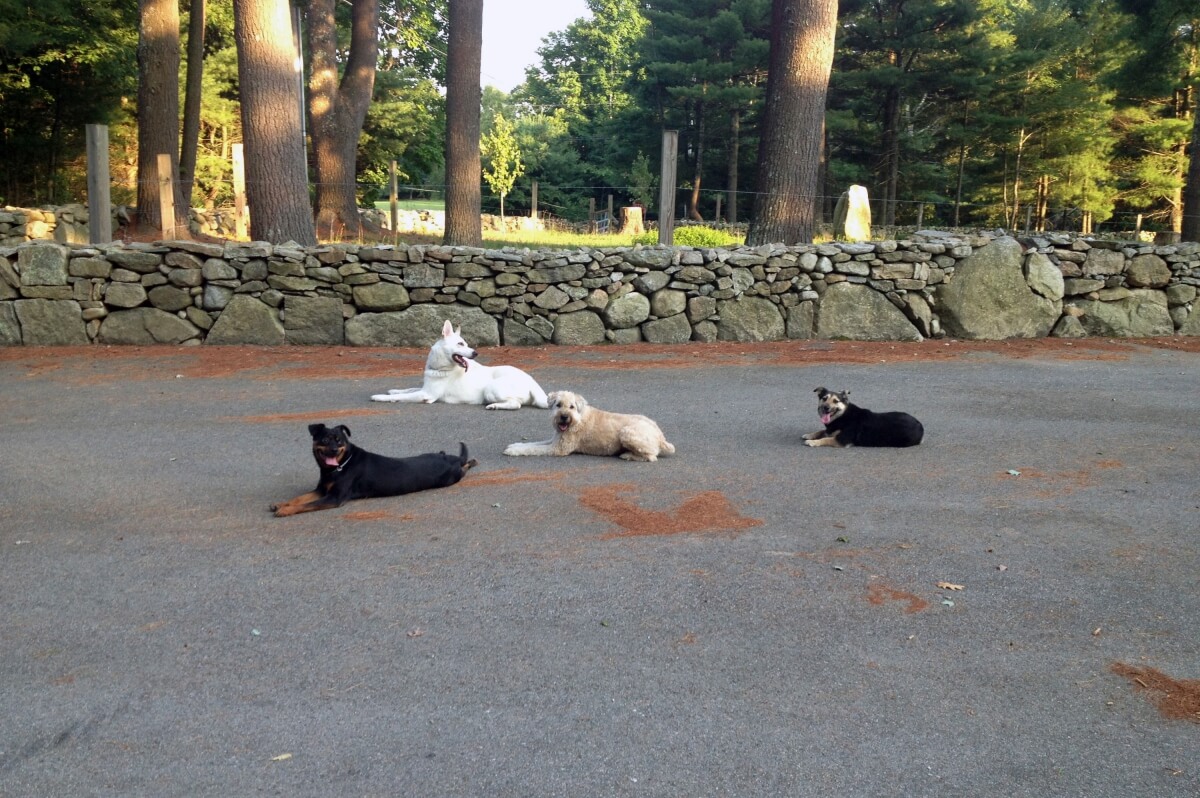 Wanna Be the Pack Leader? (Bullies need not apply)

There are some trainers (mostly 'positive only' trainers) who maintain that the whole "pack leadership" thing is false. The "latest research" shows, so the story goes, that there is no such thing. Wolves and wild dogs (our models) co-exist in a fluid, ever-changing, democratic kind of group. Therefore, they say, instead of being the leader you should treat your dog as an equal partner and allow him to learn by ignoring bad behavior and rewarding good behavior.

Now let's look at the real world of dogs and dog owners. First, dogs are notoriously bad at research, so it's a pretty sure bet that your dog is not aware of the "trend" in dog training. He's still a dog. He still learns like a dog, thinks like a dog, and relates to you and the world around him like a dog.

Well in practical terms, it's the dog (or person) that has managed to gain the trust, respect, and obedience of the other dogs. He (or she) has the attitude that communicates to the other dogs "I have it all under control. Stick with me, do as I say, and all will be fine." Some dogs are just born to be leaders and in almost any group of dogs would find their way into the role.

So, how can you convey the message that you are the leader of the pack to your dog? Well, it's not as difficult as you might imagine … but it does require consistency, and a willingness to "get your way" and an absolute determination to not back down. Simply put, when you give the dog a command and the dog understands what you want, you have to be willing to get what you want, no matter what. You need to control the living environment, control the dog's proximity and interaction with you, and control all resources. Sound harsh? It needn't be. Read on …

When the "alpha" dog enters the area where the other dogs are, he/she doesn't get excited and fawn all over the other dogs. The leader doesn't rush over and excitedly pet the other dogs. In fact, the leader will typically enter the area and simply stand there and let the other dogs fawn all over him. When the leader decides to rest, he claims the highest ground, and no other dog would even dream of joining him or taking his place unless he was looking for a serious beat-down. Does your dog sleep in your bed? Has he ever growled at you or threatened you when you tried to make him get off the bed? If so, you are NOT the dog's leader.

Sometimes, dog owners just don't know how to demonstrate humane and kind, but firm leadership to their dogs. Often, dog owners don't want to show firm leadership to their dog because they think the dog won't like them. They are afraid or unwilling to "hurt the dog's feelings." They won't correct the dog for bad behavior because they are afraid to hurt the dog. Unfortunately, the dog does NOT see things that way. The dog that is not clearly subordinate is willing to hurt you if necessary. If you try to take his food (or anything he thinks is his and valuable), he will growl and even bite you. If you disrespect him by invading his space or touching him when he does not want to be touched, he will bite you. It doesn't mean that he doesn't love you. Love and respect are often not the same thing. Your dog may very well love you to death, and not respect you at all.

The dog that runs directly at you when you come home and jumps all over you is apparently happy to see you, but is showing disrespect in "dog talk." The dog that truly respects you (whether he loves you or not) will not jump on you. The dog that will not move out of your way as you pass by might love you, but is showing disrespect in "dog talk." Needless to say, the dog that growls or threatens you when you come near or try to remove his toys or food does NOT see you as the leader he must respect and obey.

So what does a respectful dog's behavior look like?

Beware of trainers who suggest that you should "dominate" your dog by rolling him onto his back and challenging him. Ignore any fool who tells you that you need to hit or bully your dog to have him respect you. They are dead wrong. In fact, your dog will lose respect for you if you get angry and hit him or try to physically challenge him - especially if you lose. Simply put: Don't do it. So how do we get this respect we keep going on about?

Well, to start, you need to convince your dog that you are the source of all things good, and the maker of all pack decisions. You must control all resources, including access to food, toys, sleeping areas, doorways, stairs, stair landings, hallways, and the car. You must control the dog's proximity to you, initiate and terminate all contact and play, and only pet the dog when he/she has earned it by doing something you ask/command. The "something" can be as simple as "come" or "sit" or something more challenging, provided that the dog knows what is expected. You must be able to back the dog down when challenged subtly or overtly. The "backing down" can be as simple as stepping into the dog and claiming the space or as intense as a verbal "no" while glaring and moving towards him or even a strong leash correction. The most important thing is that you win every "argument."

Inevitably, the dog will test you to see if you are seriously capable of leading. Don't worry; he HAS to do this. It's a genetic survival mechanism - the dog is programmed to follow the strongest and most capable leader, and will instinctively test you from time to time to see if you are really capable. The tests are often very subtle.

For example, you may teach the dog to lie down on command. At some point, after you are sure that the dog knows the command and what it means, you can expect the dog to challenge that command by simply ignoring or even refusing. Don't panic, and don't get angry. It's only a test. You will pass with flying colors if you can convince the dog that you do indeed mean "lie down" and that you will not accept any other behavior in that instant.

That brings us to the concept of corrections. I will talk about that in my next article.