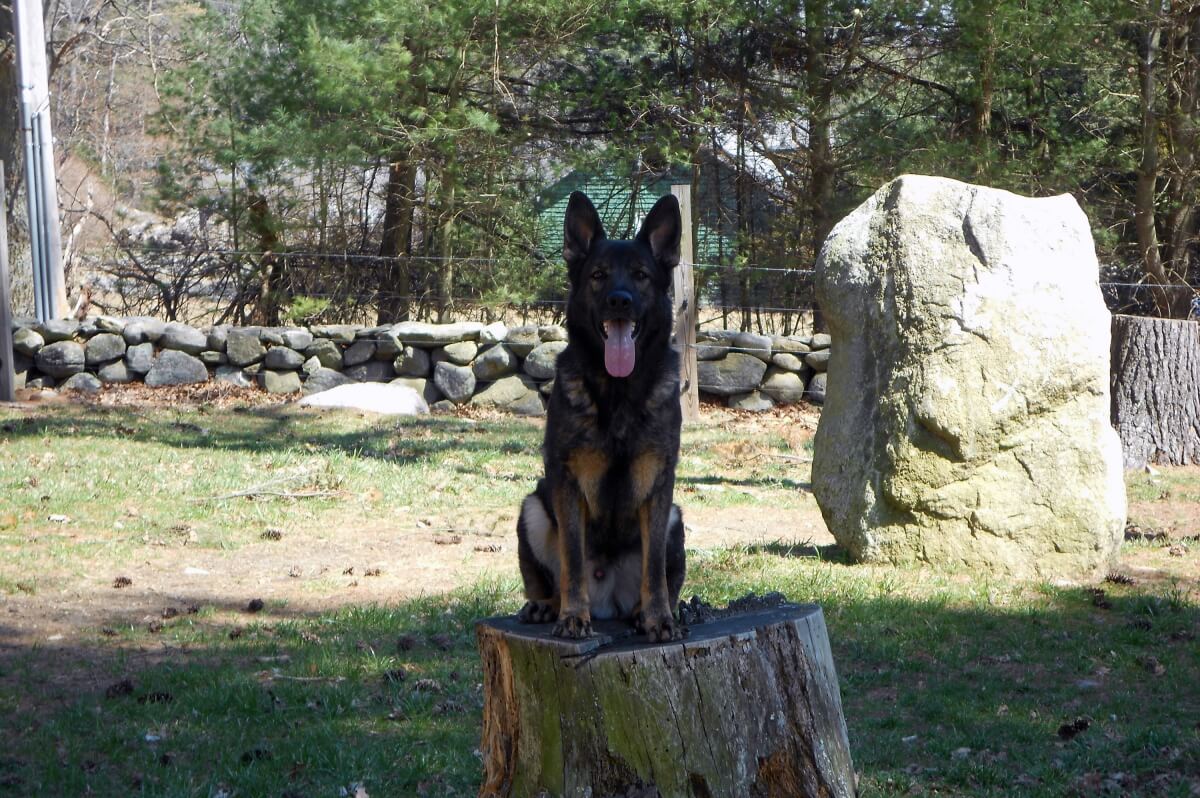 Most peoples' life with their dog would be vastly improved if they could get their dogs to do 3 things reliably:

This one seems obvious, but needs some clarification. The 'standard' way of teaching a dog to come when called often involves treats and excitement. It's understandable that this would make sense to a lot of people. After all, we're told that getting a reliable recall takes a long time and lots of training. And who doesn't want their dog to be happy and even excited to come to them when they call? Well, hold on a second. The dog that is excited is going to have a pretty hard time controlling himself, so when your dog comes to you is a great time to insist on calmness. Why not teach it that way to begin with?

There are times when I will need my dogs to come to me, and what comes next is not so much fun. Cleaning their ears, for example, or trimming their nails. It seems dishonest to trick them into coming with the idea that they are going to get some fantastic treat or that nothing uncomfortable will ever happen. However, once their trust is gained I can feel confident calling them to me for whatever reason. They come not because they are expecting some grand reward - they come because they trust me and want to cooperate with me, even if it might be uncomfortable. It is my job as the leader, provider, and protector to make those situations as comfortable as reasonably possible, but not to the point of denial. Will I offer a treat to my dogs for the successful completion of nail trimming or ear cleaning? Of course. But it is not a prerequisite for them to obey, and that makes giving the treat so much more satisfying for me. I'm giving them a treat because I want to rather than because I have to.

The bottom line is that the dogs know that when I call, they need to quickly stop whatever they are doing and get close to me until instructed or allowed to do something else. I will do all I reasonably can to make that the greatest place to be. They are protected, they are fed, they get affection, they even get the occasional treat. If they refuse to come, I go and get them, and issue a correction that makes it clear that they are not allowed to ignore my commands - no matter what.

I don't normally focus on the dog's body position when I teach them to stay. I focus on the issue at hand: that the dog will be in a particular place and be still. In the house, it is often 'on the bed' or 'place'. 'On the bed' means 'go to your dog bed and get comfortable - but stay there.' 'Place' means go where ever I signal to go, get comfortable and stay there until released. Then comes the hard part.

My responsibility is to make sure the dog understands that this is not optional. That means I must immediately send the dog back to the spot and be willing to back him down so that he understands that I intend to fully back up my commands. Especially 'stay.' I will do this as many times as necessary, but the most important thing is that I never give up. Often, people who fail to convince the dog to stay will have a lot of trouble convincing the dog to come when called. Stay is the command where you find out if your dog really trusts you … once the dog is focused on staying where you tell him to stay, he will no longer make such a fuss about where you are. So much for 'separation anxiety.' More importantly, you will have demonstrated to the dog that you are the leader - and leaders come and go as they please.

Many trainers teach the 'leave it' command where the dog is supposed to not touch the object. Usually this involves giving the dog something perceived as of 'greater value' than the object. In my experience, many of the dogs I am called to work with because of 'food aggression' were trained this way.

My approach is different. When I want the dog to leave something alone, I insist that he move away from it and forget about it. That means he disengages from the object. There may or may not be something offered instead - that depends on why I want the dog to move away. For example, if the dog is approaching the wrong food dish at feeding time, 'No. Go on' is followed by me offering the correct food bowl after the dog has done what I asked. On the other hand, if I simply need the dog to avoid something bad - like garbage - there is nothing offered in its place. I am simply 'claiming' the object. It is this 'claiming' that dogs do to each other (and often to humans as well) that signifies status. The first thing I must claim is myself.

I'm often amazed at the number of people who complain about their dog pulling and jumping all over them or their guests - or worse - but are convinced that sending the dog away is 'mean.' The dog that jumps all over you, or 'paw punches' you to get your attention is not being 'friendly.' He is being demanding. This is a problem when I need the dog to do something he would rather not do - like stop chasing the cat, for example. The essence of good training is that the dog does what I say because I say so. The fastest and best way to teach this is by controlling how close the dog can be to me, and then to anything else I claim. In this way, I can tell the dog to walk behind me but not too close. I can tell the dog to go to a spot and stay there. I can call the dog to me and he will come willingly - without looking for a 'reward.' This is a big part of the Best Buddy Dog Training system - Proximity or spatial relationship.

There you have it. 3 things that can change your relationship with your dog for the better and begin to give you the great relationship you want with your calm, happy, obedient dog.