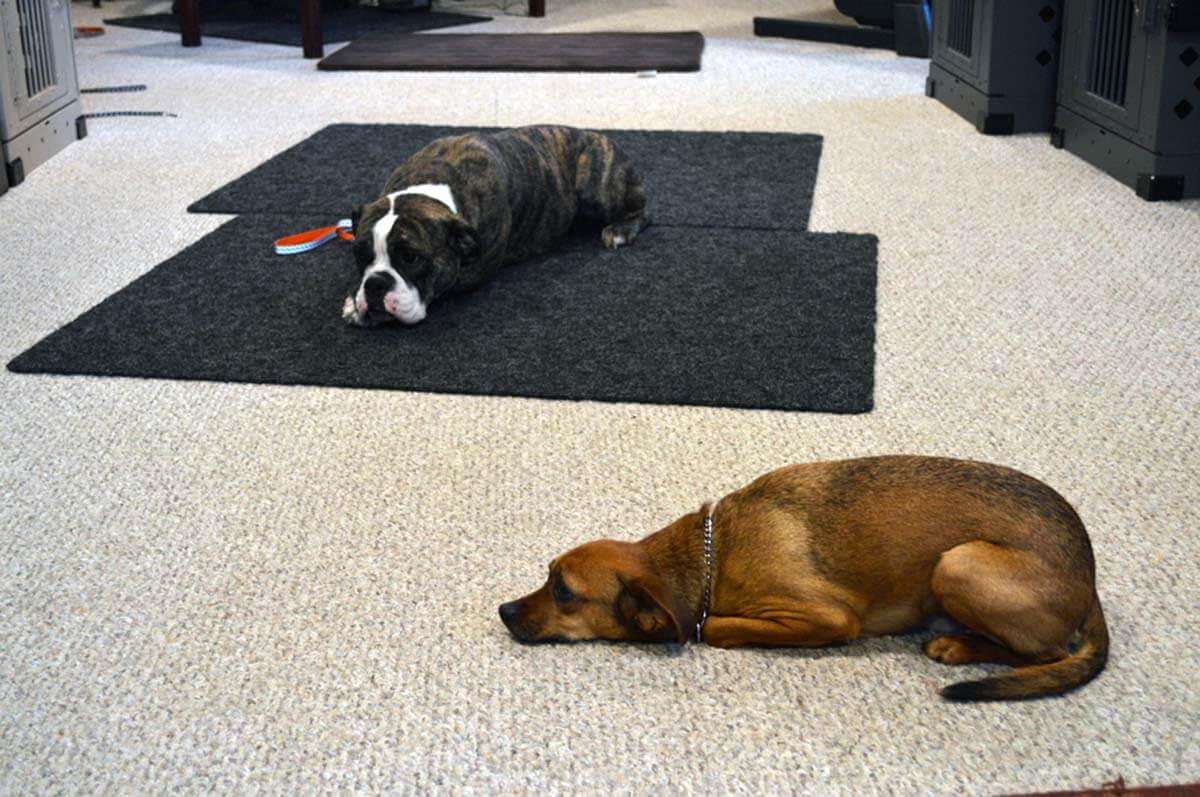 One of the first things to understand is that there are different forms of behavior, and different reasons for that behavior. For example, the dog that goes rummaging thru the kitchen garbage container is not being disrespectful, per se … he's just being a dog and giving in to the temptation of those yummy (to a dog) smells wafting thru the kitchen. Then there's the dog that pulls you down the street, attempting to interact with everything and everybody that you pass. Or how about the dog that rushes to the door and jumps all over you and your guests? Or the dog that barks his head off when your friends come over and refuses to settle down?

Does any of that sound familiar? Well, let's examine some different forms of behavior and the root causes.

Remember, dogs are pack animals, hard-wired to co-exist as part of a well-organized and well-disciplined group. Once their place in the pack is established, they quickly learn to accept it and behave accordingly. So you must understand the difference between "pack behavior" and "dog behavior".

Some examples of "pack behavior" are:

Pack behavior should consist of a decision or series of decisions that you control if you are the leader. If your dog makes the wrong decision in "pack mode", the correction must be firm and very convincing. Recall that packs depend on the hierarchy and discipline of the pack for their very survival. The leader will never tolerate discord or disobedience.

So, it stands to reason that these behaviors will get the most motivating corrections, with no room for misunderstanding. There's no need to treat or reward the dog for complying. The reward is intrinsic - the dog will survive and be protected by the leader and the rest of the pack so long as he is willingly functioning as a member of the pack in a respectful and disciplined way.

Your corrections, to be motivating, must be accompanied by action. In most cases, that means you must move. The correction may include a stern "NO!", followed by a 'pop' on the leash, or followed by your purposeful movement towards the dog. The technique you use is not the most important thing … what's most important is that the dog is made aware of your displeasure and that you will not tolerate the behavior. For more on the subject of correctly chosen and timed corrections, I highly recommend the excellent article by Ed Frawly on the theory of corrections at Leerburg.com.

When correcting your dog, one of the most important things to consider is timing. The dog needs to know exactly what it is that is causing the correction to occur. A basic rule of thumb is that the correction must occur within a second or two of the infraction. That means that you must pay attention to your dog's behavior and body language to be able to anticipate bad behavior and/or prevent it. Sometimes, you are not in a position to immediately correct your dog … perhaps the dog is too far away, or you don't have a leash and collar on the dog. This is where the "marker" (think 'clicker') comes into play. Through repetition and absolute consistency - your consistency in following up your commands, rewards, and admonishments - your dog will begin to associate the word or signal with the reward or correction that always follows. This buys you some time - you can use a verbal marker ("NO!" or "YES!") immediately as the dog does the wrong (or right) thing, and then you can move forward with your correction or praise knowing that you have established in the dog's mind the moment of the right or wrong behavior. Over time, the verbal marker will be all that's needed to gain the dog's attention and compliance.

Now, how to deal with the dog that is breaking "pack behavior" rules? A dog does not need to be "trained" not to jump on you or your guests. He does not need to be "trained" to not hump your leg. Such mis-behavior needs to be corrected firmly, immediately and without warning. The idea is that your dog simply should not even comtemplate doing those things. The good news is that if you have been diligent in your leadership and consistent in your rules, boundaries and limitations your dog will likely not exhibit those behaviors in the first place. For example, the dog that respects you as the leader will simply not jump on you (unless you train and invite him to). He just won't do it. Needless to say, that dog will also not growl at you for coming near his food or insisting that he get out of your way as you walk down the hall. That dog will never even contemplate humping your leg. If the dog DOES do those things, you must correct the dog in such a way that the dog does not want to repeat that behavior. That behavior must be 'extinguished' immediately. Therein lies the art of behavioral training. It's up to you to understand how to motivate your dog to be respectful. If you have carefully laid the groundwork to establish yourself as a benevolent, fair, respectful and loving leader, your praise and your corrections will have a profound effect on the dog's attitude and behavior.

There are some behaviors that can and should be extinguished without any word or interaction on your part (at least as far as the dog is concerned). For example, the new dog that comes into your home and immediately tries to attack the cat needs to have that behavior extinguished without any question. In such a case, you will need to carefully watch the dog for any sign that he is about to exhibit the unwanted behavior, and give a correction that is VERY convincing and motivational; the dog should know that here are absolutely no exceptions and that the behavior is totally unwanted. In fact, what you want is for the dog to think that doing or even considering the unwanted thing causes "lightning to strike".

Correctly applied, such corrections usually don't have to repeated more than two or three times.

Behaviors that should be extinguished (such as rummaging through the garbage, attacking the cat, getting onto the bed, etc.) are behaviors that are unwanted even when you are not around. Therefore, it is not important that the dog know that the correction is coming from you - in fact, that knowledge may be counter-productive. This is a situation where setting a trap (such as mousetraps on the bed, or a make-shift "shelf" with loud noise makers on it that crashes to the floor if the dog jumps on the counter) or even an electronic collar are useful. The trick is to have the negative consequence occur when the dog exhibits the behavior without you interacting with the dog.

Some 'positive trainers' may find these methods odious. Fair enough. Think of how you learned to avoid things like broken glass, beehives, and such; you learned because the consequence was quite unpleasant. Such lessons, once learned, are long-lasting. The goal is to have a dog that respects you and your living environment, and does not get into trouble when you turn your back or leave the home.

I'll discuss more on the art and theory of corrections in my next article.